My criteria for this list is that the band peaked in popularity post 2000 at least and are still going. But these are the bands I like the most who have rocked this most recent decade.

Ever since I got their Natural Selection album I was a huge Fuel fan. They have so many great songs and some cool videos too. I still love “I Won’t Back Down” and “Hemorrhage”.
Favorite song: Quarter

Some of the guys from Slipknot came together to make an almost equally awesome rock band with a more mainstream sound. Plenty of heavy jams, but also some lighter songs like “Through Glass” and “Bother”. Check Stone Sour out for sure.
Favorite song: Through Glass

Consistently awesome. Of all the bands on this list, these guys are the most popular with the girls I know. They have something for everyone.
Favorite song: Breathe

These guys on the other hand don’t really have something for everyone. But they do kick out some pretty amazing rock tunes. Subliminal Verses Vol. 2 was one of the most legendary rock albums I have ever heard.
Favorite song: Duality

Got into these guys a long time ago and they introduced me things I had never heard before. Profoundly influential on me, System of a Down has been one band that has not made enough records. Everything they make is so awesome and I deeply wish they would make more.
Favorite song: Lonely Day Two awesome bands from the ’90s (Soundgarden and Rage Against the Machine) came together to form this killer rock group. They have something for all of my moods.
Favorite song: Cochise This band REALLY knows how to rock and roll. They are incapable of making stuff that isn’t amazing. Gosh, I wish I could see them live…..
Favorite song: Fine Again 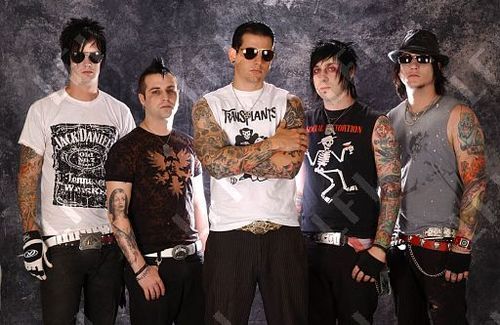 Waking the Fallen was a life-changing album for me. That CD is an absolute masterpiece which I would compare sooner to the works of Bach then Black Sabbath. It is intense, beautiful, melodic, talent-driven art from start to finish. I guess their other albums are alright too. Not quite the same level though. I prefer everything before City of Evil, personally.
Favorite song: Unholy Confessions Holy living animal crackers, has there ever been a more amazing duo in the history of music? Jack White is singlehandedly changing the world of music and is one of my biggest influences. Elephant is one of the greatest albums ever made, without question. It is the complete package.
Favorite song: Ball and Biscuit These…..guys…..ROCK!! Every single song is absolutely incredible and I can listen to every album straight through repeatedly. No one sounds like them either. Chevelle is totally unique.
Favorite song: The Clincher

Each of these bands is worth checking out. They continue to prove that not all great music is behind us and it is still possible to ROCK! I would also love if you would share in the comments some of the bands I am sure I missed or that you think deserve to be on this list.